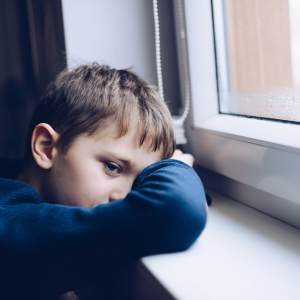 Who is Sequel Youth and Family Services?

Sequel Youth and Family Services is a behavioral health organization founded in 1999. The organization has facilities in states across the country.

The majority of Sequel’s programs are government-funded with states paying between $275 and $800 a day per child to support medical and therapeutic treatment. This, in addition to investments made by private equity firms and investors, makes the organization highly profitable. Unfortunately, residents do not receive the quality of care to match these profits.

What is happening? Why are we pursuing legal action?

Many behavioral facilities in what is commonly known as the “Troubled Teen” industry are taking advantage of overwhelmed parents and guardians who seek help for their children. These facilities include psychiatric residential treatment facilities, therapeutic boarding schools, religious academies, wilderness programs, boot camps, drug rehabilitation centers, etc. Parents and guardians send kids to these facilities to get medical and mental health treatments. Unfortunately, sometimes these children are sent to what NBC news  labeled a “profitable death trap.”  (NBC)

For Sequel programs specifically, there have been numerous reports of physical abuse, sexual abuse, verbal abuse, neglect, illegal restraints, seclusion, forced medication, psychological harm, and negligence that have resulted in death at these facilities. As a result, many states have canceled contracts with Sequel causing several locations to close. Sadly, Alabama is not among these states.

Alabama Sequel programs and their facilities

Countless reports have been made of disturbing conditions at Sequel facilities across Alabama. This includes a 69-page report from an Alabama Disability Advocacy Program (ADAP) investigation of the Courtland facility. The investigation comes after the 2018 case of 14-year-old Hunter C. who attempted to commit suicide after being physically abused by Sequel employees and residents. Hunter experienced several head traumas, stitches, and concussions after being slapped, punched, and slammed into a concrete wall. Still, the Alabama Sequel facilities remain open and funded.

If you or loved one has suffered abuse and/or neglected at a Sequel Youth facility Morris Haynes Law and Tommy James Law want to help. Please contact Jeremy Knowles of Morris Haynes Law at our Birmingham office via phone at (205) 973-6915